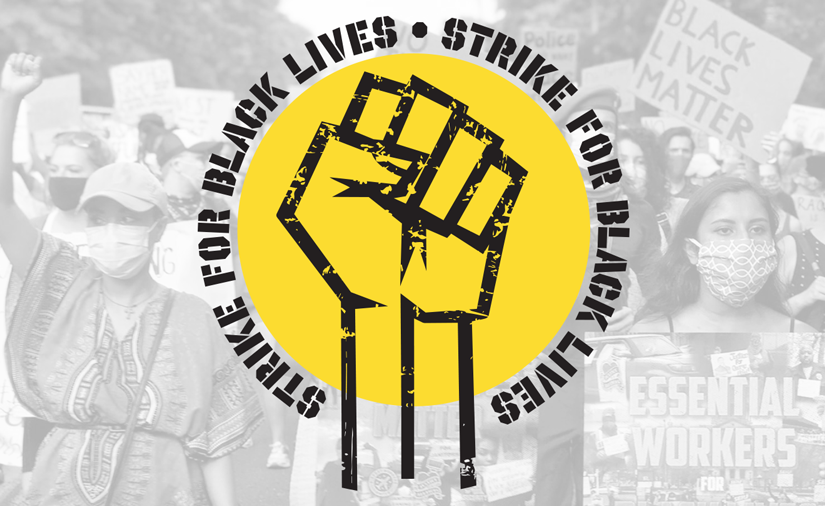 Several hundred strikers in San Francisco banged their drums as they marched on City Hall hoisting banners with messages such as “You should not have to die to feed your family,” “Essential workers for Black Lives Matter,” “Justice for janitors,” and “Share the prosperity.”